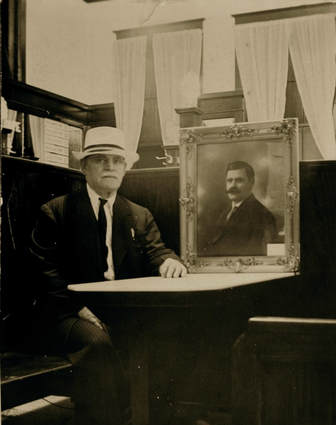 In October 1905 they closed a deal to lease a new building  After a short time they  and re-located to 417 Chestnut St.  They re-opened at this new location just prior to the Christmas season. Business continued to grow and another new building built in 1916 was where the  re-located again to their  current location at 414 Chestnut St., Virginia MN.   The grand opening was held on February 17, 1917 with this article on the same day in The Virginia Daily Enterprise: “Canelake Brothers today opened their new Candy Kitchen, located at 414 Chestnut Street almost directly across the street from the old location.   The fixtures of the new store are entirely new and the whole equipment is up to date in every way.   The Virginia Candy Kitchen was the first on the range and also the first store of the Canelake Brothers.   The Canelake Brothers have four range stores at the present time.  Two are in Hibbing and two in Virginia.”

The other Canelake Bros. store in Virginia was called the Olympia Candy Kitchen, which was located in the 1st National Bank building at 304 Chestnut St. , a few blocks away.  It was founded on March 20, 1914 and operated by Tom until 1951, when the bank expanded and he retired. Gust took over the operation of the 414 Chestnut store and brothers, Christ and Nick took over the operation of the two Canelake Bros. confectionery stores in what was called north Hibbing at 308 and 516 3rd Ave.    The store on 308 3rd Ave called the Hibbing Candy Kitchen was opened in the summer of 1907.   The one on 516 3rd Ave was started around 1912 and was briefly called the Arcadia Candy Kitchen.   In 1920 Christ and Nick re-located to one store location in south Hibbing at 206 East Howard and called the new restaurant and confectionery Canelake’s Cafe and Sweet Shop.   This store was eventually run by Christ’s son Alex until his death in 1968.   Brothers Christ & Nick opened the Hibbing Candy Kitchen in Hibbing, MN.

Gust's sons,  Leo and John Canelake worked in the store as youth and became partners at the store after the war World War II.  At that time the Virginia Candy Kitchen name was changed to Canelake's Candies.

Gust taught his sons to make candy from only the finest chocolate, cream & butter. Those same recipes are still used,  and the candy is made the old fashioned way,  in small batches cooked in copper kettles.
When  Leo & John Canelake retired, Jim Cina bought the store.  He kept the name and faithfully followed all the recipes for 36 years.  After Jim retired on Oct 1, 2018,  he sold the store back to the  Canelake family.   Now the 3rd generation of candy makers continues their family legacy of old fashioned candy making since 1905! ~  James Froemming, researcher/writer
​Hope to see you soon!
Pamela Canelake Matson & Dennis Matson, Patricia Canelake, John Canelake & Chris Canelake.